Imagine you are considered a once in a generation can’t miss player. Imagine that you are the number one player in the country and win parade, Gatorade, and USA today national player of the year award as a Junior and a Senior, a feat only accomplished previously by LeBron James alone. Now imagine you lead your team to a number one ranking in college, are The National Defensive Player of the Year, lead your team to the national title game, and are the number one pick in the NBA draft, one pick before Kevin Durant. Now imagine that three short years and multiple surgeries later, your name is synonymous with the term bust. Imagine being the poster child for disappointment and missed potential in the modern NBA. How hard would it be for you to move past that? That is the short version of the story of Greg Oden. Indiana high school hoops legend, Ohio State all-time great, NBA bust. Greg had the chance to be an all-time great, in my opinion he could have been the greatest center of all time. (you do not get Bill Russell comparisons for no reason). He had the game to be great but his destiny turned out to be elsewhere. This comparison/story is only a parallel however, for most of us who do not make it to the NBA or even the collegiate level, and the transition from our basketball playing days that we can learn. Here’s What Greg Oden Can Teach Us.

Downhill Spiral, a change of destiny

Following up the end of what can only be described as Yander’s Law {Everything that can go wrong will} if it was a basketball career, Oden went to China to try to prolong his dream of pro basketball. He played in the CBA from 2016-2018 and retired and returned home. Following his return home Oden fell into a deep depression that included heavy alcohol and opioid abuse to numb his body. After months of depression he got a call from Thad Matta who was his former coach and still the head coach at Ohio State at the time. He encouraged Oden to come back to school and get his degree, he was also given a student coaching position. Oden realized upon starting classes that it was hard to focus on school while experiencing hangovers and sobered up over time. That call from Coach Matta turned out to be a life changing moment for Greg Oden, who graduated in May of 2019. Greg has found a resurgence in his life and happiness, and self-worth that is not directly tied to his basketball success. 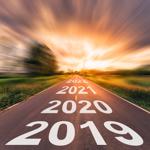 So, your senior season is over and you don’t have any offers, so now what You’re applying for colleges like a “regular person” and feel like the only application you need is your game right? Maybe you feel some distaste for the game? While these feelings are understandable, as I once felt them too, however it is important that we understand that there is life beyond basketball and some of the biggest basketball influencers today, have never played beyond high school. There is a plethora of ways to stay close to the game and make an impact on it besides being a superstar player. It is important to find what you like besides just playing for this reason. Maybe you like making videos and you could start a YouTube channel as well as try to work with your school’s sports department. Maybe you like stats and you pursue a major in statistics to learn to crunch the numbers and interpret them. Maybe you are sitting there reading this and you have decided that you do not like basketball as much as you thought you did, and that’s ok because you’re moving forward. Now is a tough time of the year for a lot of basketball players having to come to grips with the fact that their basketball careers just might be over, just like I did a couple of years back. What is important to always remember for players is, no matter how much your life is intertwined with the game now there always comes a time to hang em’ up, and that’s What Greg Oden Can Teach Us.